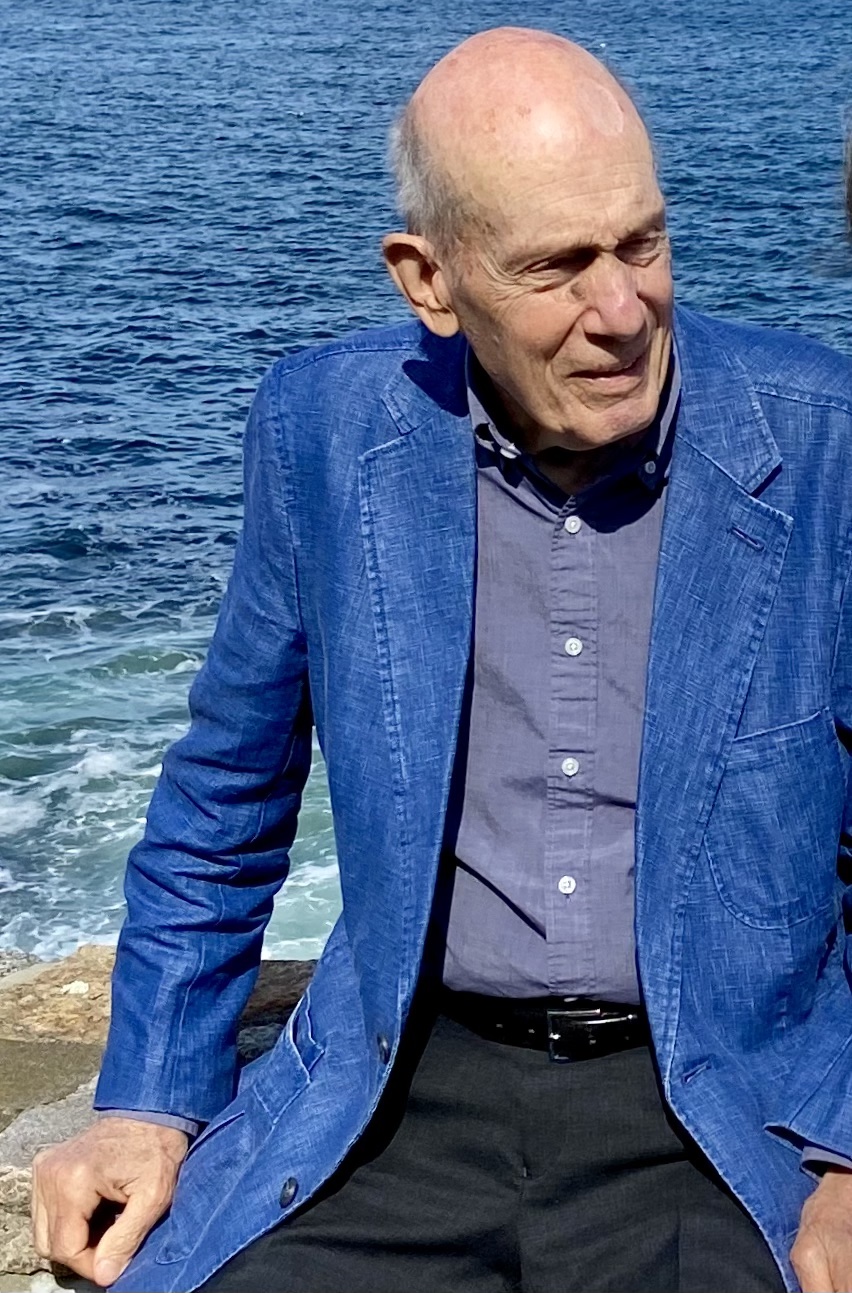 Hello. Thanks for dropping by.

I've been living in Maine now since 2014, after fifty years in Manhattan. For most of that period, my wife and I assumed we'd be carried feet first out of our roomy Upper West Side apartment, with its panoramic views of the Hudson River. We also assumed that we were in the center of the creative universe, and that a writer (me) and concert pianist (Diane) would find no sustaining cultural oxygen if we left town, much less somewhere to buy proper bagels. But around 2010, we began to weary of the city's constant rattle and jostle, and increasingly talked about leaving. Stlll, we dithered, until one evening at a book party, a young man I didn't know came up and, after a moment of icebreaking, said, "What do you do?"

I'd been hearing this question again and again in similar situations since moving to Manhattan in the 'sixties, and for a long time I took it for small talk. After a while, though, I began to wonder why I heard the question so rarely when I found myself in Chicago, my home town, or elsewhere in flyover country, or when visiting Europe or Asia. I began to notice, too, that most often when someone asked, "What do you do?" there were two basic responses to my answer: 1) genuine curiosity to know more (rare); 2) desperate looks around the room in hopes of engaging with someone more important and accomplished (often).

I eventually settled on responses like: I  play a bad game of whist; have memorized most of Stephen Sondheim's songs; changed not only my daughter's diapers, but those of her three children. "No, no," my frustrated inquisitors say, "I mean, what do you do!" Finally, I resorted to, "About what?"  This proved quite effective for abbreviating the colloquy, but I abandoned the riposte after Diane said she refused to go out the door with me if I continued to be such a smart-ass.

Happily, almost no one has asked me, "What do you do?" since we moved to Maine, which is just one of the very many things I love about this blissful state. But if anyone does ask, I direct them to this website, and then go to Rose Foods for a sesame bagel with a schmear of cream cheese and chives.